I think critics of Epic taking on Apple, arguing that Epic should be applying the same logic to consoles, are ignoring the fact that Apple's profit margins are significantly higher on iPhones than what Sony makes on a PS4 by comparison. Nintendo profits on the Switch seem to be higher than a PS4, but not significantly so. Console makers have more justification for higher fees. Not an Epic/Fortnite fanboy (at all) but the story is a lot more complicated than they're making out... 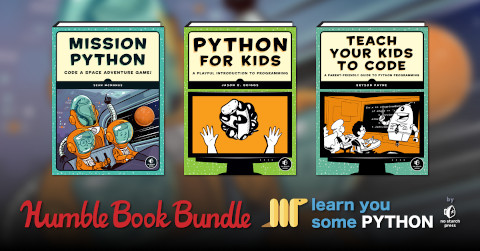 Humble Bundle - Learn you some Python

Ha! Re my previous post, I should've read the comments on the Register article:

Or, in the case of the British Government (and governments the world over): never attribute to malice what can adequately be explained by arrogance and paternalism.

UK finds itself almost alone with centralized virus contact-tracing app that probably won't work well, asks for your location, may be illegal. Other than arrogance and stupidity, I don't know why the UK govt thinks they know better than the rest of the world. What am I saying... Brexit revisited... of course it's arrogance and stupidity.

Online supermarket delivery in the UK needs to evolve

"My city, in a stroke of brilliance, reduced the number of different tram lines and their frequency. Everything to make sure the otherwise reduced number of people on the streets is as tightly packed in public transport as possible. Big brain move" mastodon.social/@Gargron/103917675895934592. @Gargron@mastodon.social Similar to what happened in London. Stupid is as stupid does...

Singapore has an interesting alternative on using mobiles for tracking (which I previously posted about).

This is an interesting idea: mobile app for contact tracing can stop the epidemic. Privacy advocates might not like it, but given the Oxford group recommend the app wouldn't need to be compulsory, perhaps if enough people decide it's worth doing something to fight the virus rather than nothing...?

Python for Kids is a part of the Coding Starter Kit Humble Bundle.

Amazon. Pfft. Who's surprised by this?

It's time for engineers to champion repair

Via Nat T's Four Short Links and Boing Boing, who saw this coming: "The End of Indie Web Browsers"? Answer: everyone

As per python3statement.org, stomp.py is officially ending support for Python2 as of Jan. Surprisingly more effort than anticipated, but the PR for version 4.2.0 is finally prepped and ready to go: stomp.py/pull/266. The changelog has more detail on what's being updated in addition to Py2 backwards-compability removal.

Python coverage reporting has been doing my head in for days. Methods with full coverage still showed the method signature line itself as uncovered. Lines which I know are covered (and can see the unittest working) still showed as red. Turns out I'd left an import of the module-under-test in place before starting coverage itself. Fix that and suddenly my code coverage goes from <50% to a more respectable 80%. Sometimes the solution to a problem is as simple as moving a line of code...

Been trying to get ipv6 working with docker for days with no luck. Everything I read (for example: ungleich.ch/u/blog/how-to-enable-ipv6-in-docker) seems to suggest it's simple, yet my containers still end up with ipv4 only. Finally found the problem between my keyboard and my chair - editing /etc/docker/daemon.json doesn't help if your docker daemon is running with --config-file=/var/snap/docker/423/config/daemon.json... 👴

These idiots have lost touch with reality frankly.

Beware Counterfeit No Starch Books from Amazon!. Kind of annoying given this is Amazon itself, not a third party. So their supply chain controls are simply beyond inadequate, or they just have too much money and power to care.

The game started off messy, but that Perenara try was just a thing of beauty...